Space Marines is a term that has been used in science fiction since 1932. In Space Cadet by Robert Heinlein from 1948 the term is used. Games Workshop is now going after an author (MCA Hogarth) who wrote a book called “Spots the Space Marine“.

Games Workshop needs to be stopped. A boycott was suggested by two Traveller fans at the Zhodani Base Facebook page. I hope they then will understand that they cannot hijack science fiction archetypes.

It’s easy for me to boycott GW. I haven’t bought anything from them for a long time. I hope you can do the same, and spread the word. Don’t buy anything from Games Workshop until they repent their behaviour and drop their trade mark of the term Space Marine.

Update: Good news from the Electronic Frontier Foundation. The battle is won, but the war continues.

Another book that I recently read was Space Cadet, by Robert Heinlein. I bought this at the Fantasy Centre last time I was in London.

This  is one of Heinlein’s so called juveniles stories. It’s about young boys training to become officers in the Interplanetary Patrol. No girls are allowed there. It’s a kind of adventure that boys in the end of the 40’s might have liked. The science is silly as well. Even when this was written, it wouldn’t have seemed likely to find intelligent beings on Mars and Venus and in the asteroid belt. I had hoped that this book was a Starship Troopers light version, but it wasn’t. 🙁

Eventhough I didn’t enjoy reading this, there was some good parts in the book. The meeting with the primitives on Venus was interesting. When it turned out that the primitives actually were the advanced venusians I thought about when I read something similar… Oh yes, is was the 2300AD adventure called “Ranger”. 😕 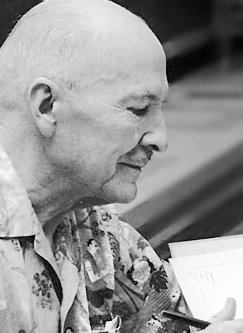 From The Starship troopers venue.. of course! has anyone done work on them?

Not the stupid movie.. the book …. anybody else read it?